After the practice race was also lost on Tuesday, now two days racing have been lost due to the very strong winds batting the coast. Hopefully this is the last day of strong winds and racing can finally begin on Thursday. 80 OK Dinghies from 11 countries are poised to take part and eager than ever to take to Bandol’s beautiful bay.

With a wind warning already in place, an early AP was hoisted with an update scheduled at 13.00. However the wine had come out long before then, and with the mistral still pumping in the bay, racing was abandoned for the day.

The bay’s loss was the town’s win though with 80 sailors heading for the bars and restaurants to kills the afternoon before the free beer was served.

Michael Nissen, from Germany was a leading sailor in the class in the 1960s and 1970s, but returned a few years ago with a home built boat. He is also the only sailor here who competed in the 1969 World Championship, which was raced on the same waters but sailed from the island of Bendor, 100 metres off the Bandol shoreline

“I was 17 at the time and I finished 17th in the championship, so I have very good memories of that. But it was a different class at the time of course with wooden masts and booms. The boats were also almost all built of wood and we were on the island of Bendor.

“We sailed some races inside the bay and some outside the island. The island is so beautiful, and they had prepared a dormitory for us in a sort of a cave and most of us slept in there.

“I recall we had a mistral too and we had to wait a day or two without races. In those days we only did one race a day, so the championship was a little bit longer and I think we even had a rest day. And then finally we got out and we had two windy races in the bay, from the seven races that we did.” 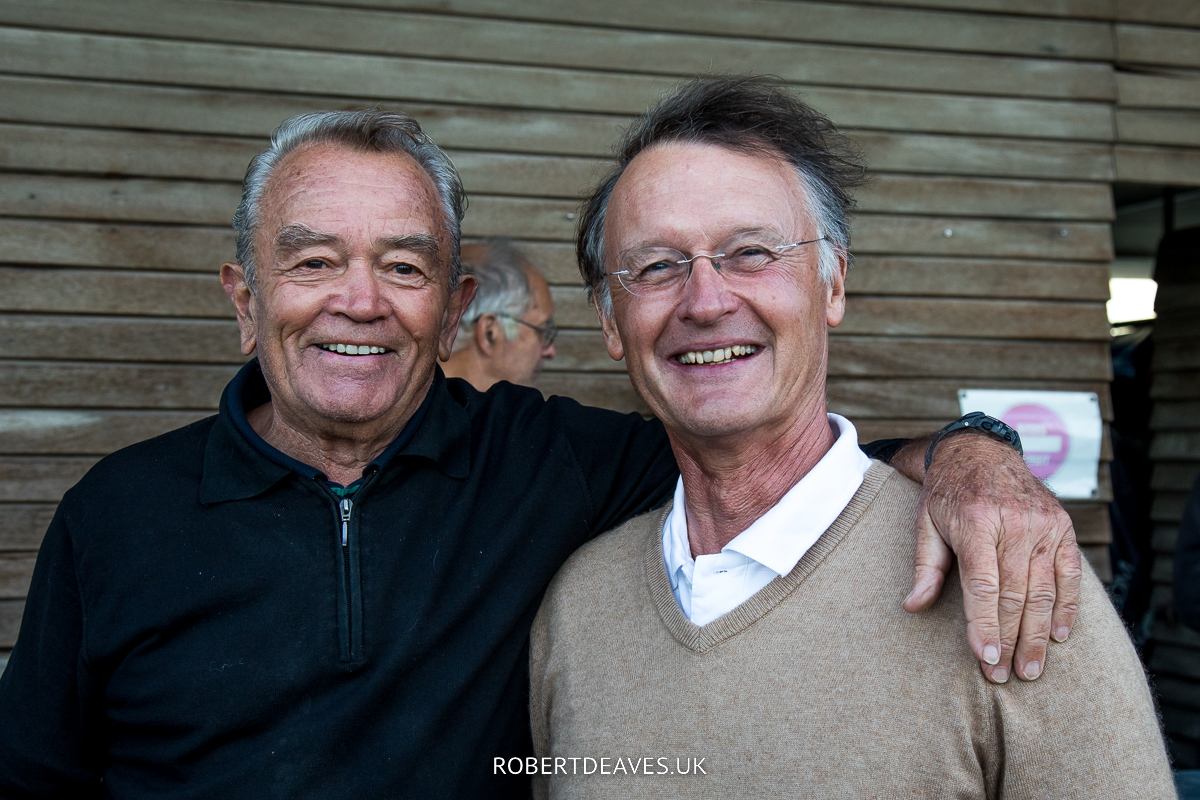 The 1969 event was won by Kent Carlsson, and in 15th place was the leading French OK Dinghy sailor of the day, Daniel Dahon. While he is not sailing this week, he is driving the press boat and was very happy to be reunited with Nissen again.

Nissen continued, “Bumping into him was so funny. In our group of Germans, mostly from Hamburg at that time, we were very close with the French sailors. There were other groups and nations, but we had a very good relationship with the French guys at that time.

“He hasn’t changed much. He is older than me and he’s 82 now and is looking great. It was really nice talking to him again.”

The OK Dinghy class has attracted many new nations in the past few years, but one of the most encouraging for the class is Spain. There are three Spanish sailors in Bandol, all from Palma, on Mallorca, and they are very enthusiastic about the class. 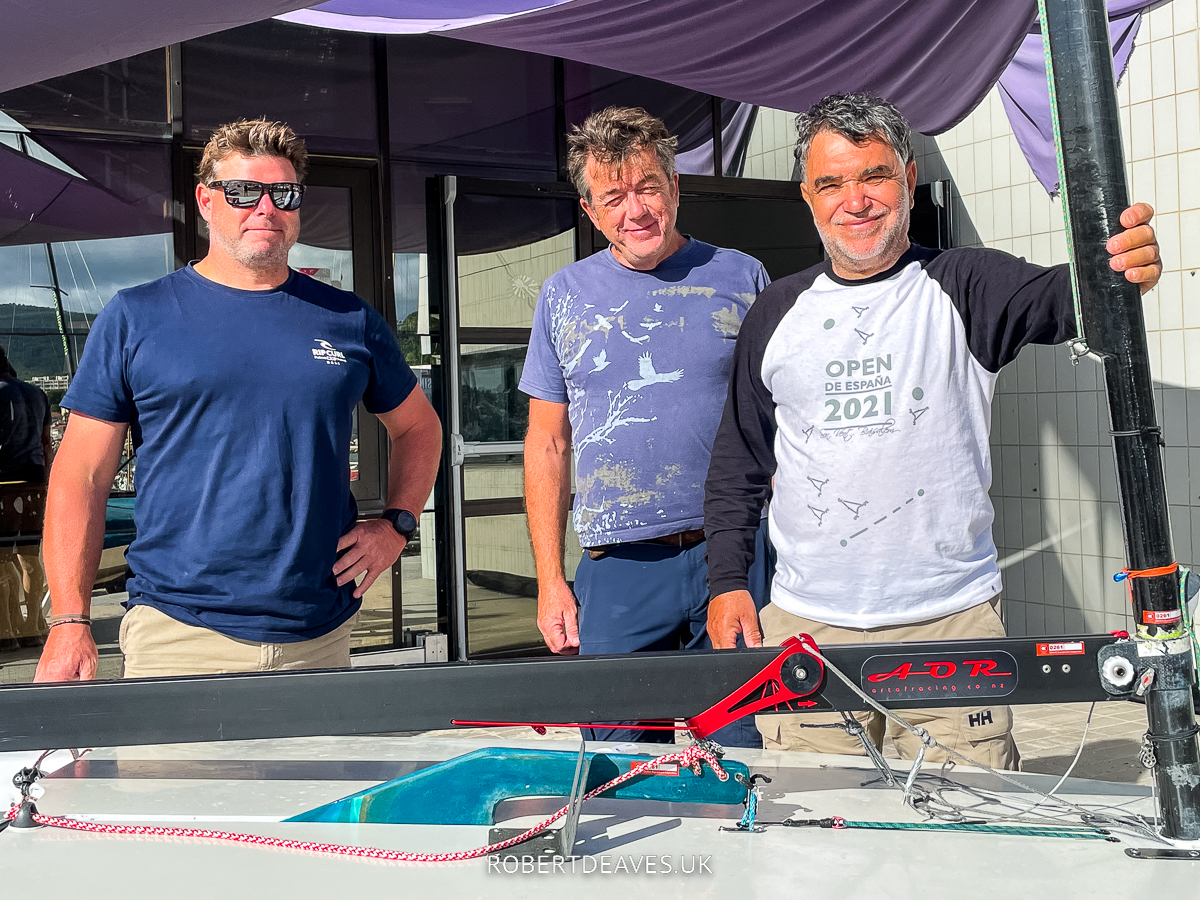 Javier Estarellas Coll is the class chairman as well as a boat builder. His first impressions of the class were very positive.

“What I can see is a very friendly class and a high level, and a class where everyone has their own ideas for the boat, but in the end I think what counts is experience. You have to sail with the good sailors, so that’s why we are here.

“As chairman of the Spanish class, we want to build a good class in Spain. It’s not well known there yet, so it’s our job to create the motivation to join the class.”

How did it start? “It was Deja Vue. When I was a teenager in the 1970s a Spanish yachting magazine published an article saying that were trying to introduce a class for young sailors coming out of the Optimist class.

“It talked about introducing the OK Dinghy and the Europe and of course the Europe was more attractive as they were focusing on quite young people coming out of the Optimist. If the focus had been for older people, then probably the OK Dinghy would be established in Spain. I was only 16 or 17, but I liked the boat, but in the end, I moved to the Europe.

“So, I have these memories and when the pandemic came many sailors had a lot of time and I found out that Luis, who is a childhood friend, was building a wooden OK Dinghy in his garage.

“As soon as Luis launched his boat and took it to the club there was a lot of interest, first because it was wood, so it’s attractive and people are not used to see wooden boats, but I saw a big potential for the class in my club.”

Javier went onto build his own glass boat and says there are a lot of other sailors in Palma very interested in buying boats from him. Already this week, another used boat has been bought to take back to Palma to help grow the fleet.

“The club already asked me when we can organise a big regatta in Mallorca, and I said probably we need to grow a bit, but Mallorca could be very attractive for the class. I plan to ask the federation to invite the OK Dinghy to participate in the Trofeo Princesa Sofia one year as they often invite other classes to take part.”

Back in Bandol, the forecast for Thursday is for much less wind, so three races are scheduled from 11.00. Racing continues until Saturday. 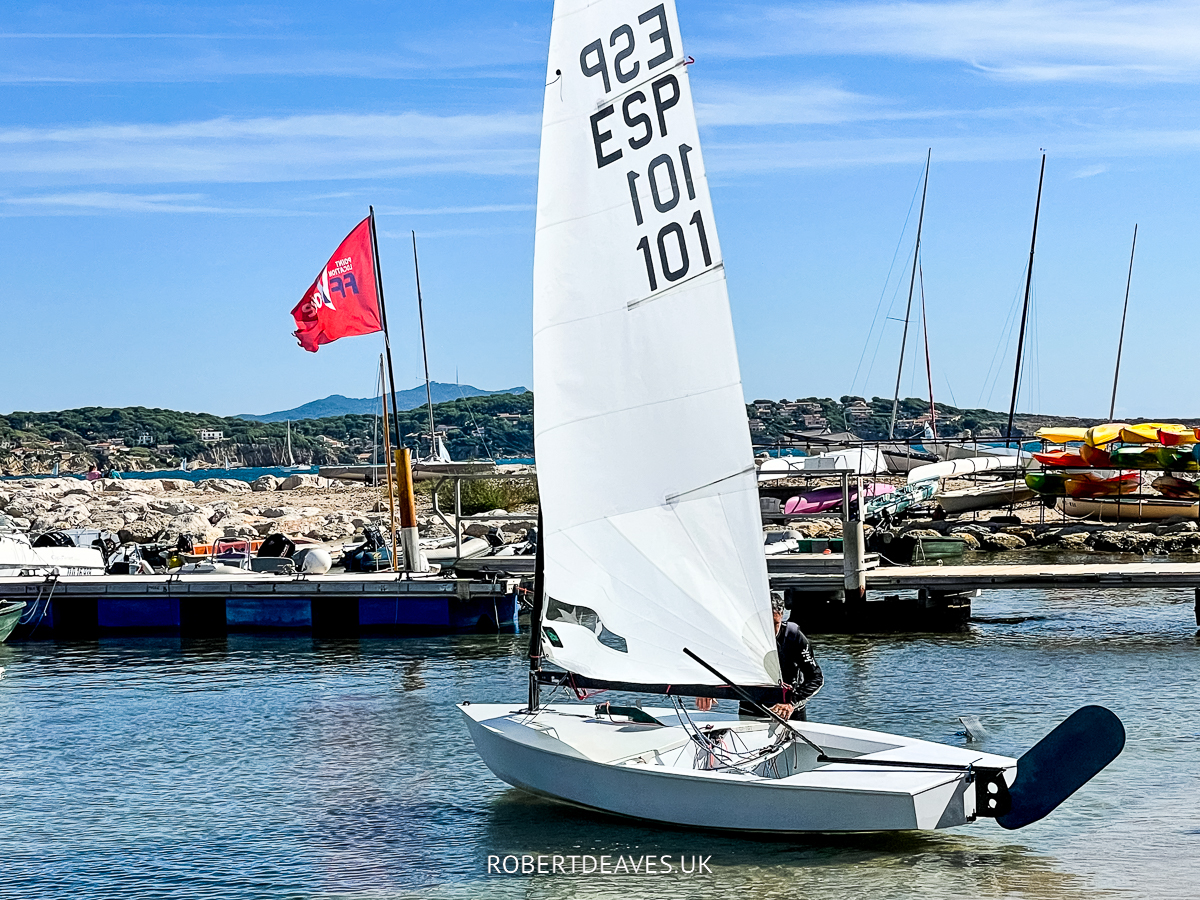