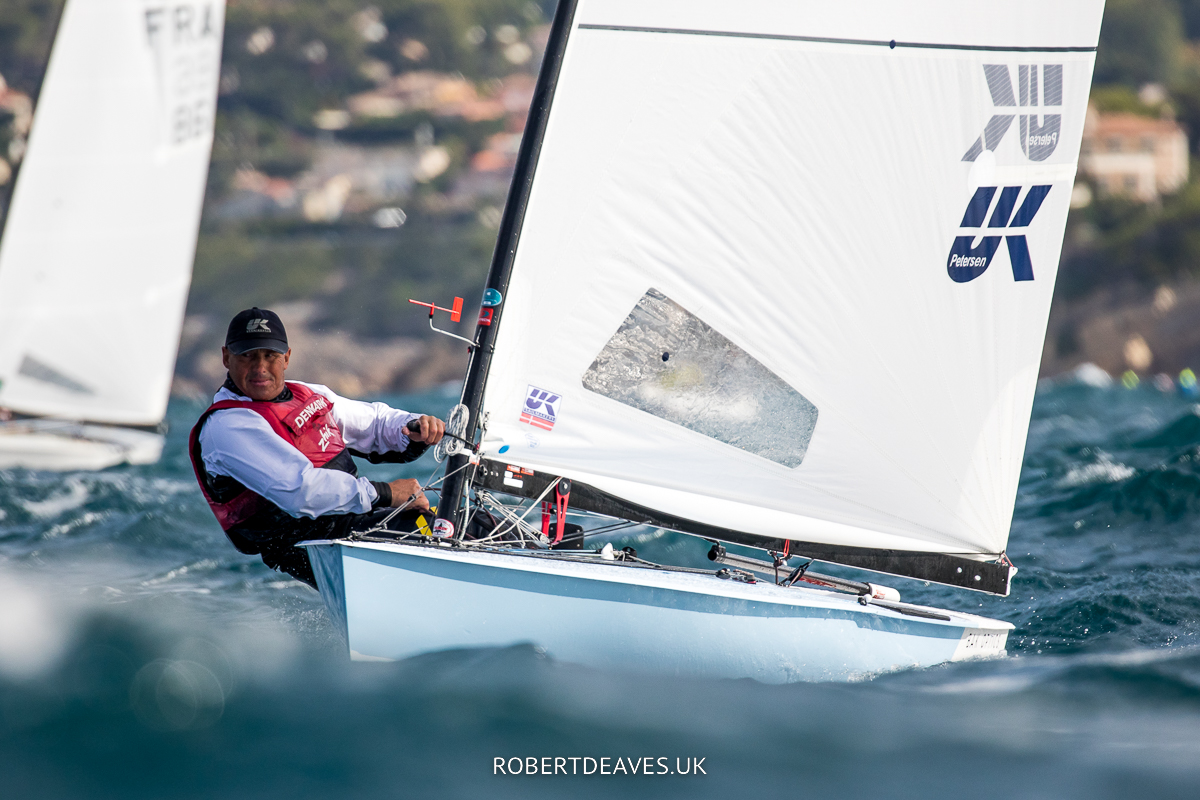 It has been a tough week with a mistral early in the week and strong winds for the rest of the week, bringing colder than expected conditions, but it is still Bandol and a very pleasant place to be. Never fishing worse than third in an 80 boat fleet is impressive, but the top four boats were a level apart from the rest of the fleet.

The final race was sailed in 18-22 knots and big waves with a close battle between de Vries and Petersen. De Vries led at the top, but Petersen was ahead at the bottom mark. De Vries passed him up the final beat to cross in second behind Lebrun and take the title. However de Vries was scored UFD for being over the line at the start, handing the title to Petersen.

It was a dramatic end to what has been an epic week in Bandol. With the wind increasing and the forecast for much, much more wind, further racing was abandoned for the day. 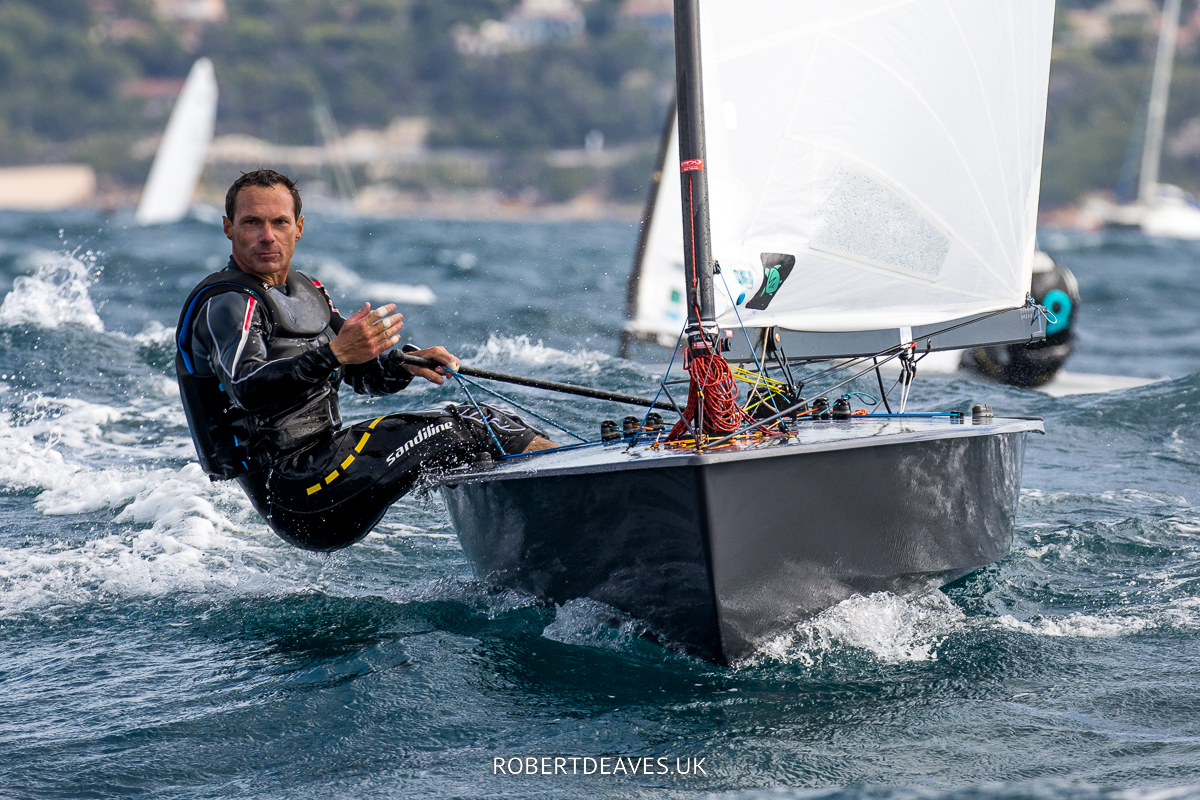 Petersen said, “I think the word is lucky. I have been struggling a lot for this tournament and today I was lucky Stefan was unlucky, but from the beginning it was nice coming back to Bandol. I was really looking forward all year just to be down here with the sunshine and good food, but the mistral came in and brought some cold wind as well. So I am looking forward to next year. Hopefully we will have a good week.”

He ended with an invitation to other sailors, “To all the dinghy sailors in the world, if you feel a little bored want to sail a very good dinghy, please join us in the OK Dinghy class. It’s a good class socially very good and some good guys sailing on the water, so very good racing.”

At the epic prizegiving following an absolutely epic event in the incomparably epic Bandol, OKDIA Vice President Pontus Gäbel said, “We all knew this event would epic, but none of us expected how epic it would turn out to be.”

In 2023 the class has another great series of events including the Spring Cup in Medemblik, the world championship in Lyme Regis in the UK, the European Championship at Arco on Lake Garda, and ending with the Autumn Trophy back here in Bandol.

It’s all going to be simply OK. 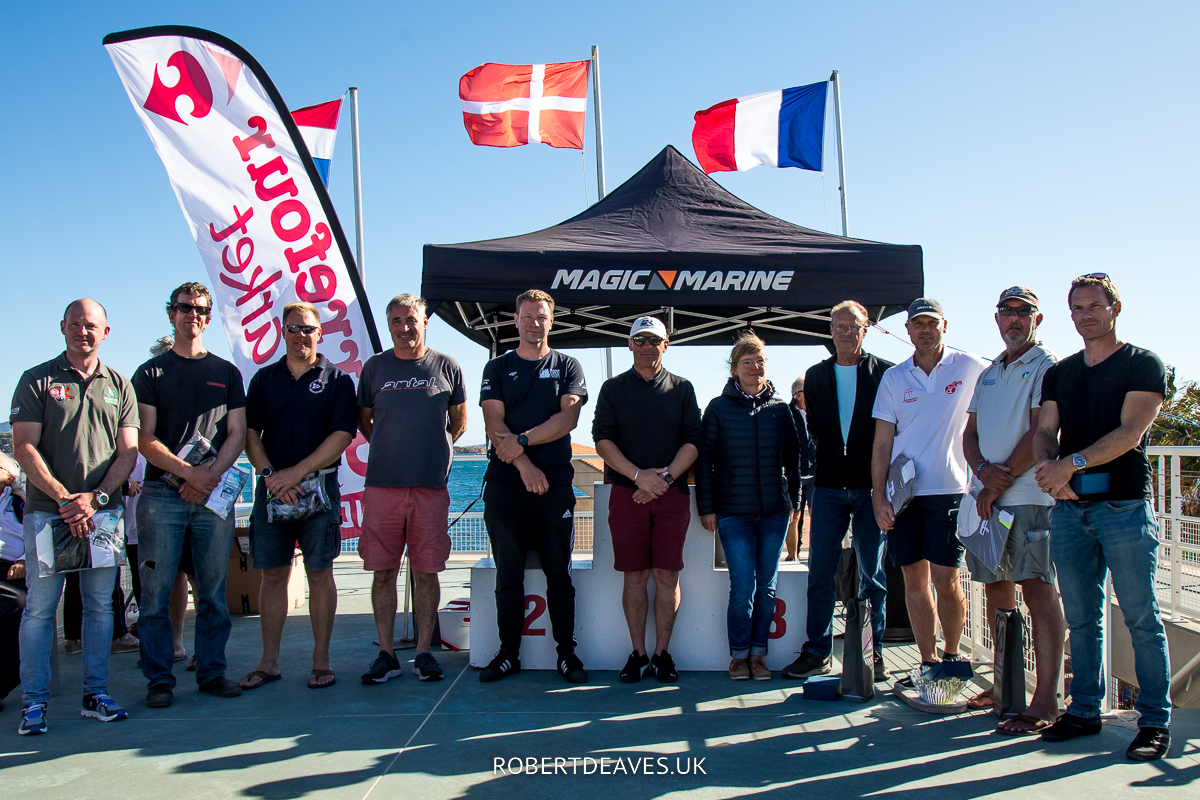