Bo Petersen, from Denmark, has taken the lead at the OK Dinghy European Championship at Société Nautique de Bandol, France, but sits on equal points with Stefan de Vries, from The Netherlands, while Britain’s Nick Craig is up to third, just four points back. Petersen won two races on Friday before de Vries won the final race of the day. Two races remain on Saturday.

With many tired bodies from Thursday, many were hoping for a lighter day on Friday, but it was quite the reverse, with a building breeze through the day for another epic day of racing, ending with big waves and 25 knots.

Petersen had the best of the day winning the first two races using his exceptional downwind speed well, while de Vries was better upwind. Craig also had his moments near the front for a 2,3,2, which leaves him four points off the top two. Yesterday’s leader, Valerian Lebrun, from France, couldn’t match the top three with three fourth places, and sits two points behind Craig.

With two more races scheduled for Saturday and again some big conditions forecast, this one is going down to the wire. 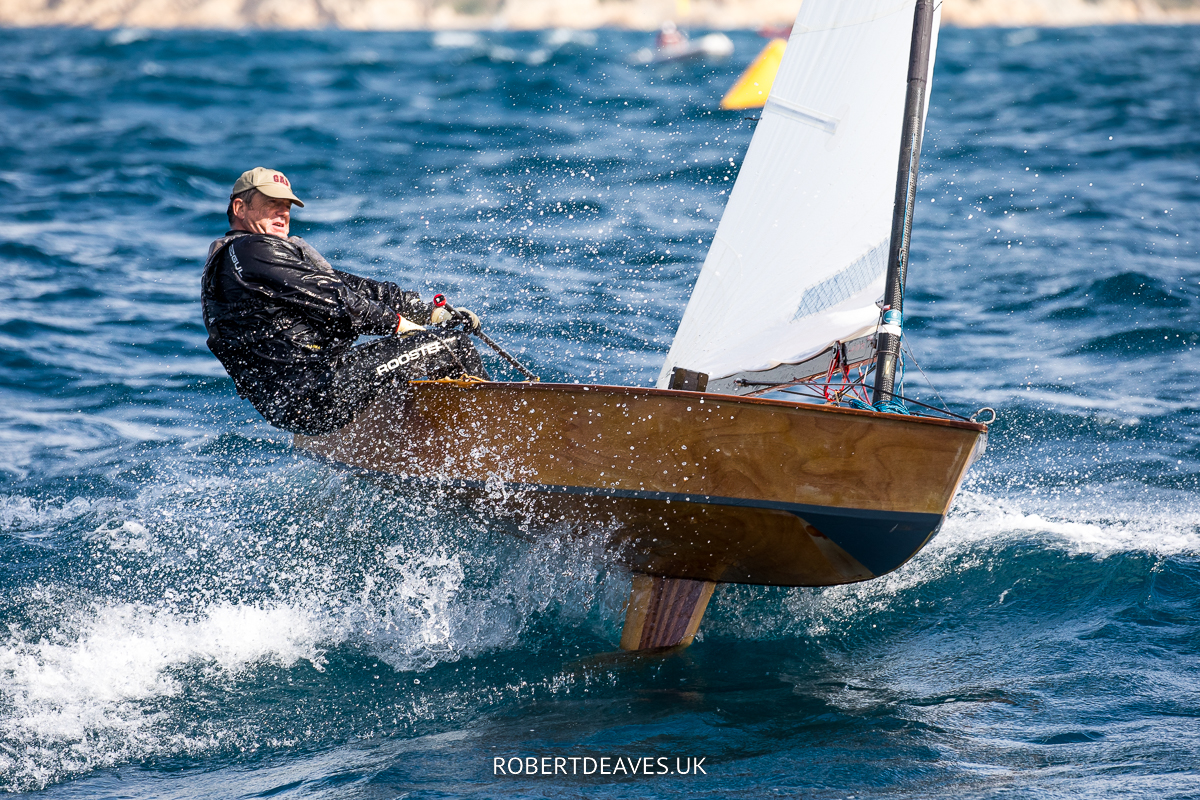 “Couldn’t be better. The scene out there was just like the French champagne, big waves, even bigger than anyone could imagine. The wind was around 16 knots and picked up to 25-28 so it was champagne sailing.

“I was lucky today. I made some good starts at the pin end and managed to go to the top mark in front. Because of my light weight – I am 81 kg – I am fast downwind and fast on the reaches and I can pick up what I am losing to the big boys upwind. So, it was a struggle. The first one I won clean. The next one was a hard job because they are coming up and taking over and downwind I take the lead and then it’s a question to stay in front.

“But it has been a good day. Two bullets and a third.” 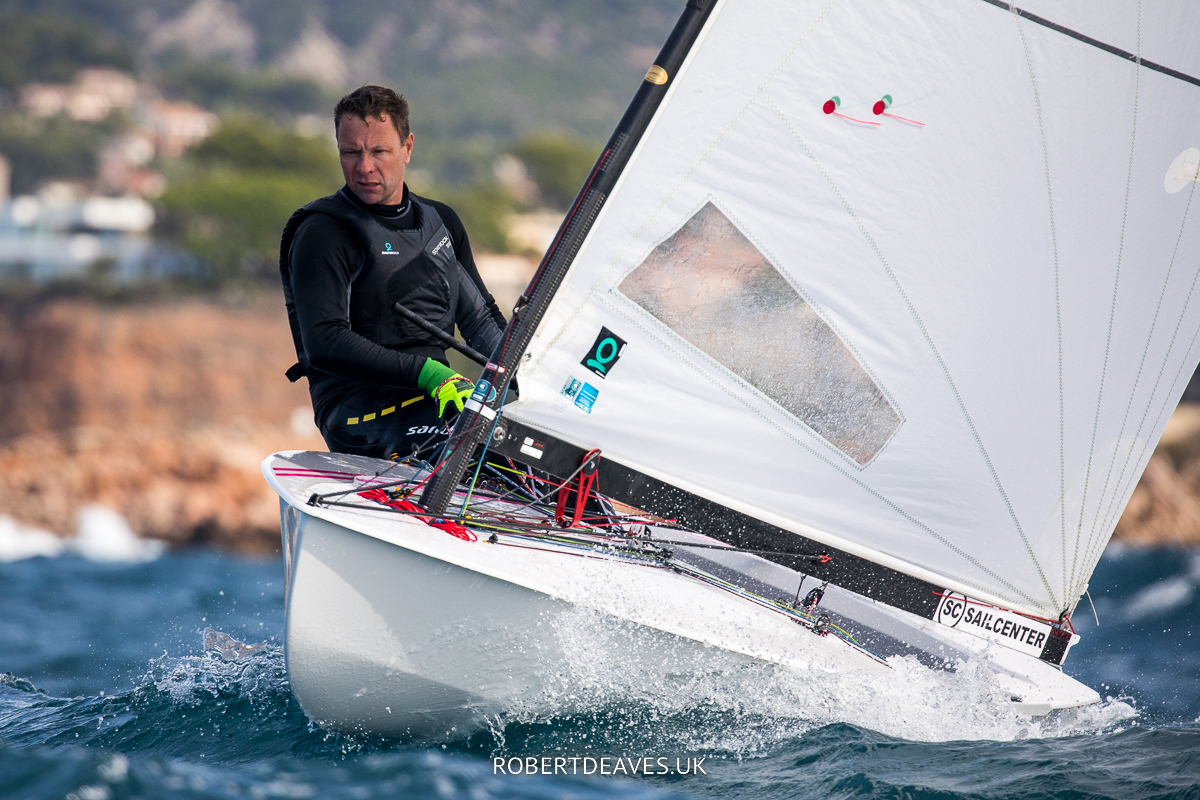 De Vries won the last race of the day to level the points.

He said, “Another amazing day of racing in big waves. A lot of the guys were pushing a lot. Fortunately, I am fast upwind, unfortunately I am a little bit rusty downwind.

“Later in the day we got a little more breeze which made it interesting downwind Actually the last race was quite tricky with the big wavs to stay upright but I think the points are close at the front so tomorrow will be an exciting day.

“It’s an amazing competition here in Bandol. The weather is perfect and warm sunshine. There are a lot of good guys here so it’s a dream event to do. I am very happy to be here and looking forward to tomorrow.

“This is my second Europeans. I raced in Kiel in 2019. That was a tough one, but now the competition seems even stronger. There are a lot of fast guys in the front and new guys coming and it’s very interesting to see. We see new materials, new techniques and everyone is fit and going for it so it’s good fun to sail in this class and I hope many more sailors will come as well.”

Petersen concluded. “It’s nice to be in southern France and it was big fun. It couldn’t be better, big waves, sunshine and a lot of breeze. It was so good, so good.”